I usually change a lot between speakers and headphones on my PC – Speakers when I watch movies or listen to music, and headphones when I’m at the desktop. I hate having to insert and remove the jack every time I want to change, so about a year ago I bought a cheap audio selector from Amazon. That worked for about half a year until one channel started to become lower volume than the other. So instead of just buying some new cheap selector, I decided to channel my inner maker and make my own.

I decided to go with 3 outputs so I could connect an extra pair of speakers in the future. I was able to get some 3-input 2-position switches at my local electronics store that I could just wire with 1 input and 1 output to get the desired off-on effect.

The circuit is rather simple: connect the centre of all the switches to the input jack (red wire right speaker (ring), white wire left speaker (tip), black ground (sleeve)), and one side of each switch to an output jack (the 3rd side will be empty, corresponding to OFF). 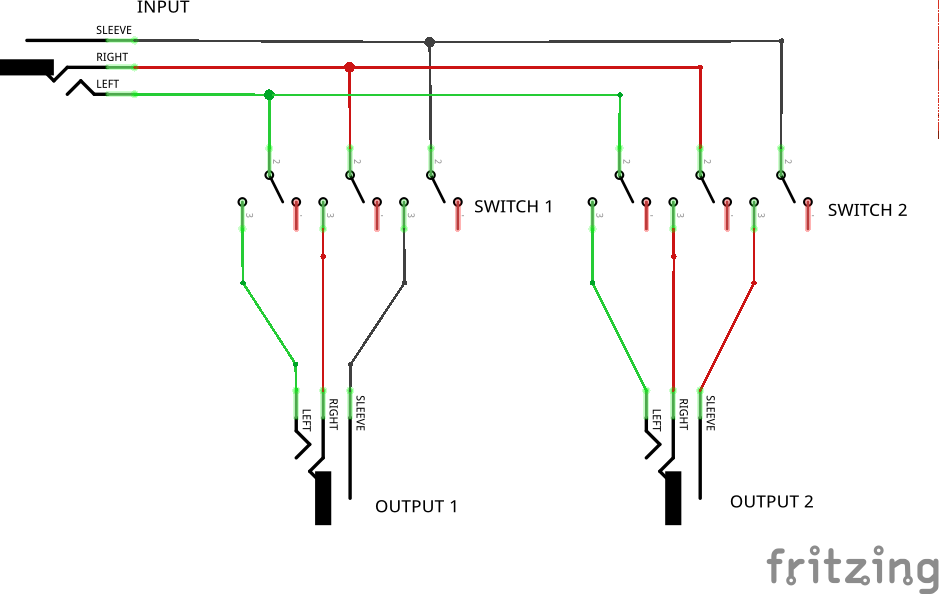 Diagram shows only 2 switches, but can easily be expanded

Having taken some quick measurements (the box had to fit below my secondary monitor) I made a back-of-the-envelope draft of the design and collected the parts. For my design I needed 4 3,5mm female audio jacks, 2 male jacks (to connect the input side of the box to the PC), 3 switches and some cable. 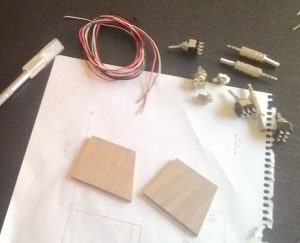 I decided to go with American walnut for the box as I had several sheets lying around at varying thickness. I ended up using 4 mm thick sheets for the end pieces and 2 mm for the rest. The backside was problematic, the female audio jacks I had bought could only be screwed onto a plate of maximum 1 mm thickness, and walnut is rather brittle at that thickness. Eventually I found the lid of a plastic cookie box and used that for the back side. Cheap and easy!

Construction of the box was quick and straightforward: 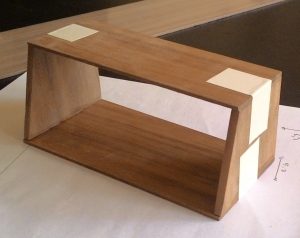 Though soldering the switches and cables allowed me to practice some new swear words (I’ve never been good at soldering).

To finish the box I sanded it with some fine grit sandpaper and gave it a coat of linseed oil. In the future I might draw numbers or symbols over each switch on the front to identify it. 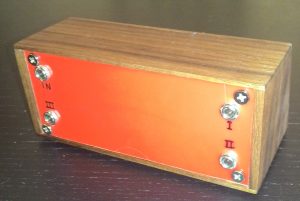 Viewed from the back. The red plate is from a cookie box. 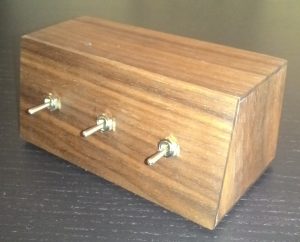 All in all, this was a fun 2-day project for me. In total I think the parts cost me some 20€; I might have been able to get a finished box cheaper, though I’ve not had much luck finding any for sale, and the few on Amazon are either very expensive or poor quality.  I’m very happy with the result, the switches are nice to operate and the box is sturdy and looks good on my desk. And most importantly, you just can’t beat home-made electronics!